There is nothing to see here, just a beach… Where are we?

Near Rimini, on the Adriatic coast, it should be really well-known in Germany, or am I wrong?

Rimini, I know it! My grandparents used to come here on holiday in the 60s!

That’s right, oddly enough this area is also called the “Teutonic Grid”.What many people don’t know is that immediately after the partial surrender of the German troops in Italy, many former German soldiers were taken here.

As prisoners of war?

Not really, the group was very mixed and not all of them enjoyed international protection. The people stopped by the British were interned here, between Rimini and Cervia, in the so-called Rimini Enclave.

Try to imagine a camp of tents housing more than 150,000 internees. From August 1945 onwards many of them were relocated elsewhere in work units as needed.

Is there anything visible left?

In August 1945, the first soldiers to be released were those deemed least compromised by Nazism. The whole enclave was then disbanded in April 1947: no trace of it remains today. 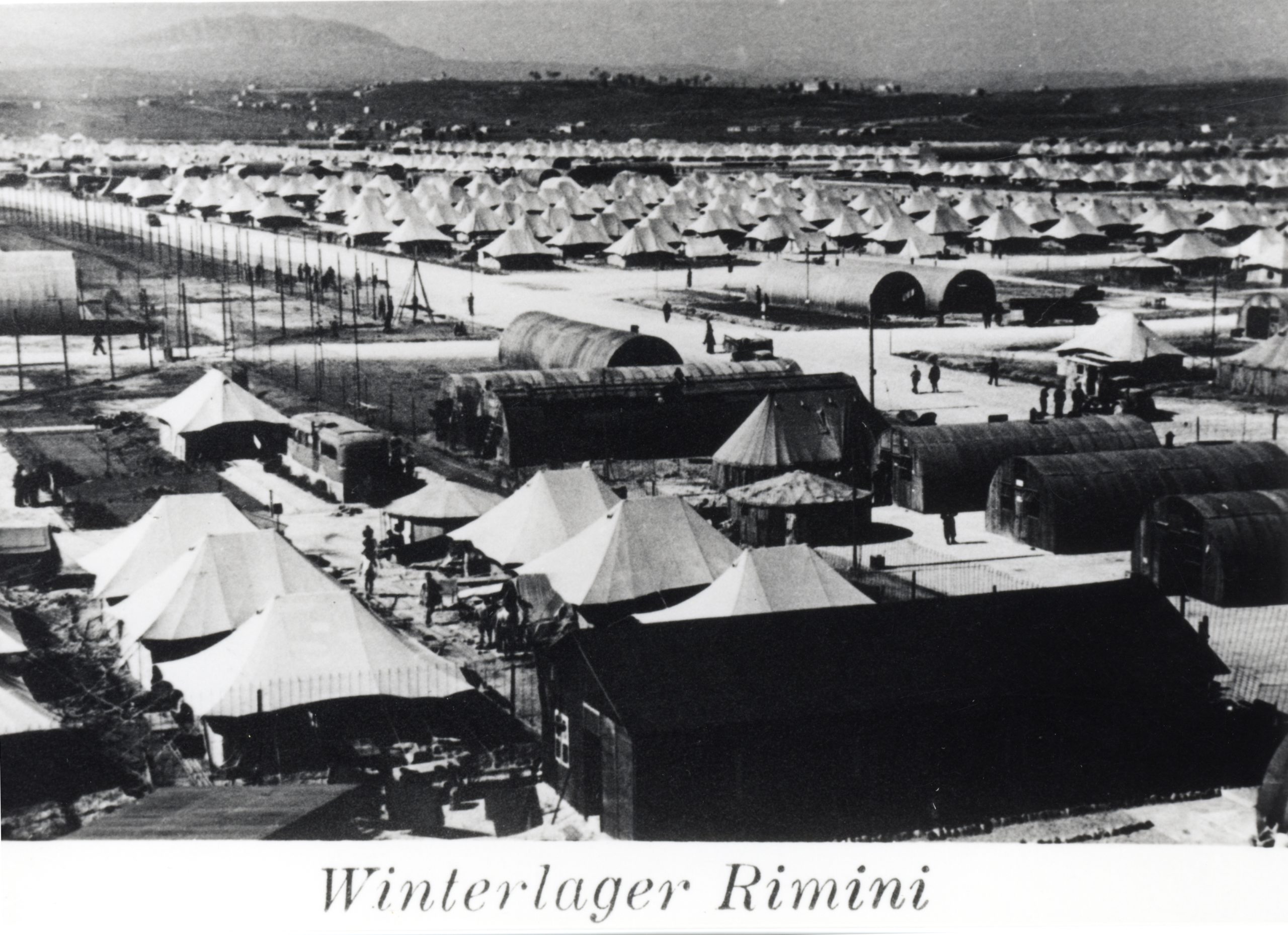 The German military presence in Italy dates back to January 1941, with the Wehrmacht supporting the war in North Africa and the Mediterranean. The first direct confrontations with the Allies on Italian territory occurred after the landings in Sicily in July 1943.

However, it was after the armistice of September 1943 and the consequent German occupation that the war reached a new level of intensity: the Wehrmacht and the SS fought against the Allies, who were advancing from the south, against the Resistance and its partisan formations and against civilians, with a violence that sometimes took on the characteristics of a violent war of extermination.

Defensive structures were built, such as the Gustav Line and the Gothic Line, exploiting the natural features of the Italian territory. The main goal was to preserve the most important industrial areas and airports and so maintain communications with southern Germany.

According to reliable data, about one million German soldiers fought in Italy. About 2,000 deserted over the years, and some of them joined the Resistance.  About 110,000 people died, 3,000 of them at the hands of the partisans; 107,000 were laid to rest in German war cemeteries in Italy. Throughout the conflict, between 500,000 and 600,000 German soldiers were taken prisoner.

Collective memory has long focussed on the actions of German units, particularly the SS, against partisans and the civilian population, overshadowing the military conflicts with the Allies.

There are several German military cemeteries scattered throughout the country, especially in the places where the main battles took place, often also remembered by small local museums.

However, little material evidence remains: just a few bunkers in defensive positions such as the Gothic Line and the Gustav Line.

The temporary use of many buildings by Wehrmacht commanders and the German administration, as well as the fate of the German soldiers after the war, have left few traces in Italian public memory.

Even in Germany, the German war in Italy was eclipsed by the memory of epoch-making battles such as Stalingrad. After the report of the German-Italian Historical Commission in 2012, several projects were set up with the aim of deepening the common history of the war, including the fate of German deserters in Italy. 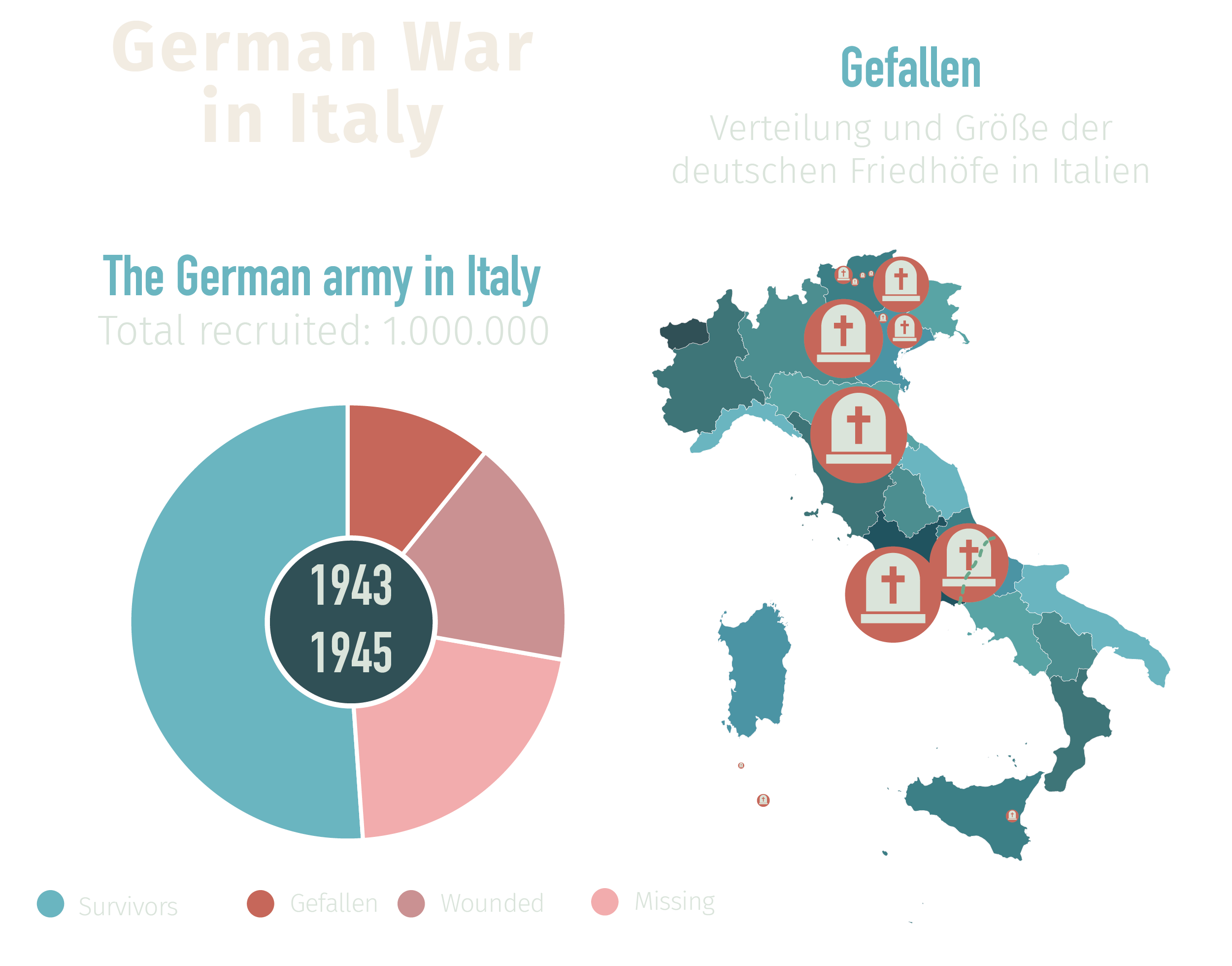 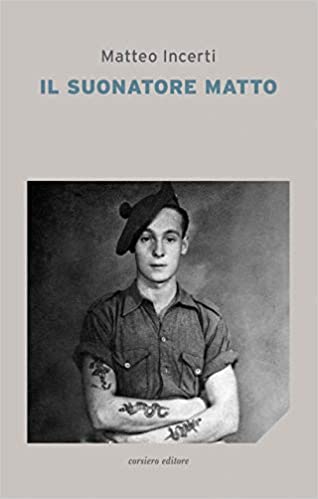